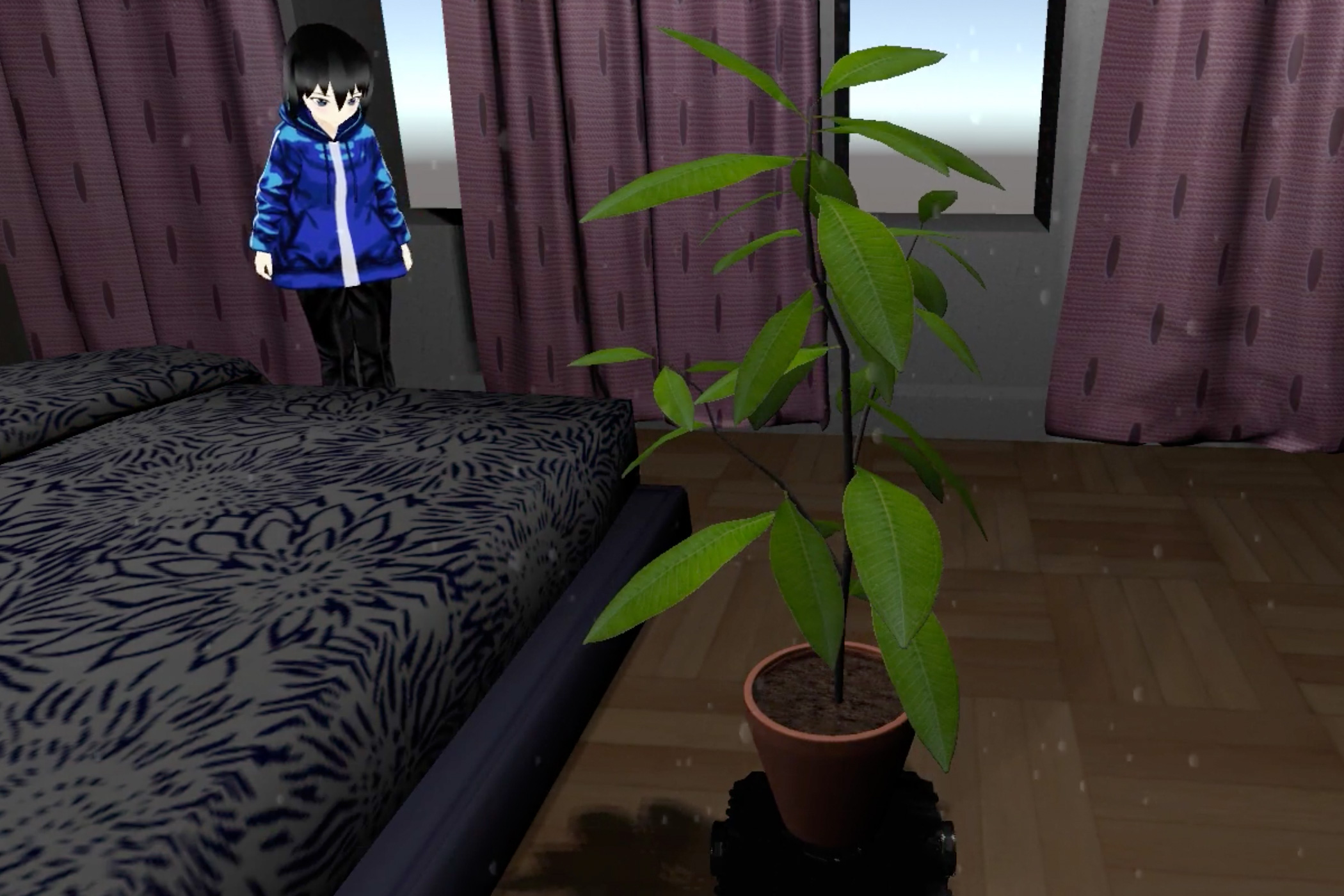 This project is part of the elective module at the computer science department, which is available to students from the 5th semester onwards.

Due to the unintended restrictions on meeting in groups that were caused by Covid-19, we moved the Living Place Lab into virtual space. Through a distributed agile process, the project group organized and created the required elements of the Living Place as virtual doubles.

The project group decided to work on the interaction between a human resident and a robotic plant. In the selected scenario, the plant takes a shower and uses the water dripping from its leafs to wake up its flatmate in the morning. To achieve this, we worked with the Robot Operating System (ROS) for the plant-robot control, as well as with the simulation software Gazebo and the game engine Unity for visualization. The wake-up scenario includes the interaction of the plant robot controller with the smart home environment of the Living Place for the wake-up time, control of the shower or other entities. The plant robot drives autonomously in the flat and obstacles like a curtain are requested to open for passing into the bed room. Beside the autonomous robot control and interaction with the smart home system, the team developed the virtual Living Place itself and an avatar for the human user. That way the students succeeded in the transition from a project team working in a physical space to a virtual, distributed team, while also transferring the lab and objects of interest into a virtual space. 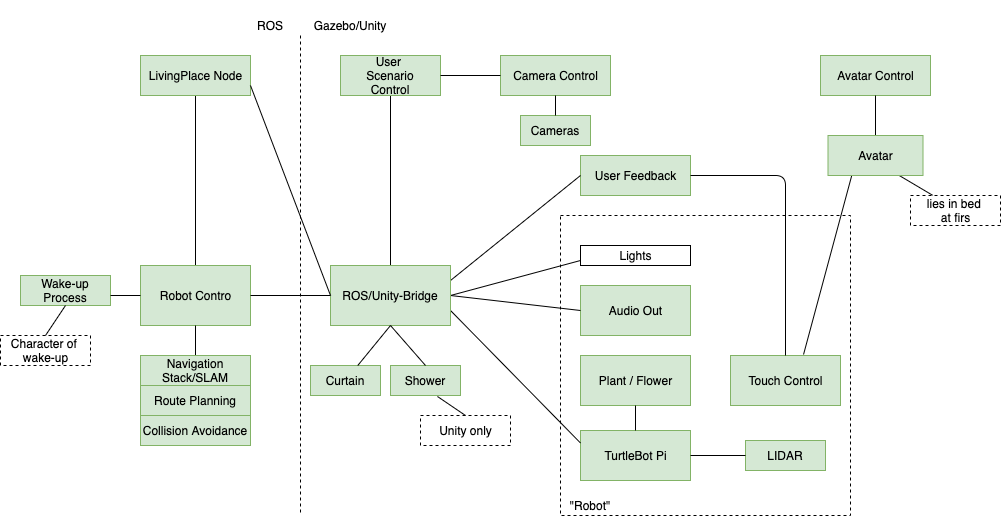 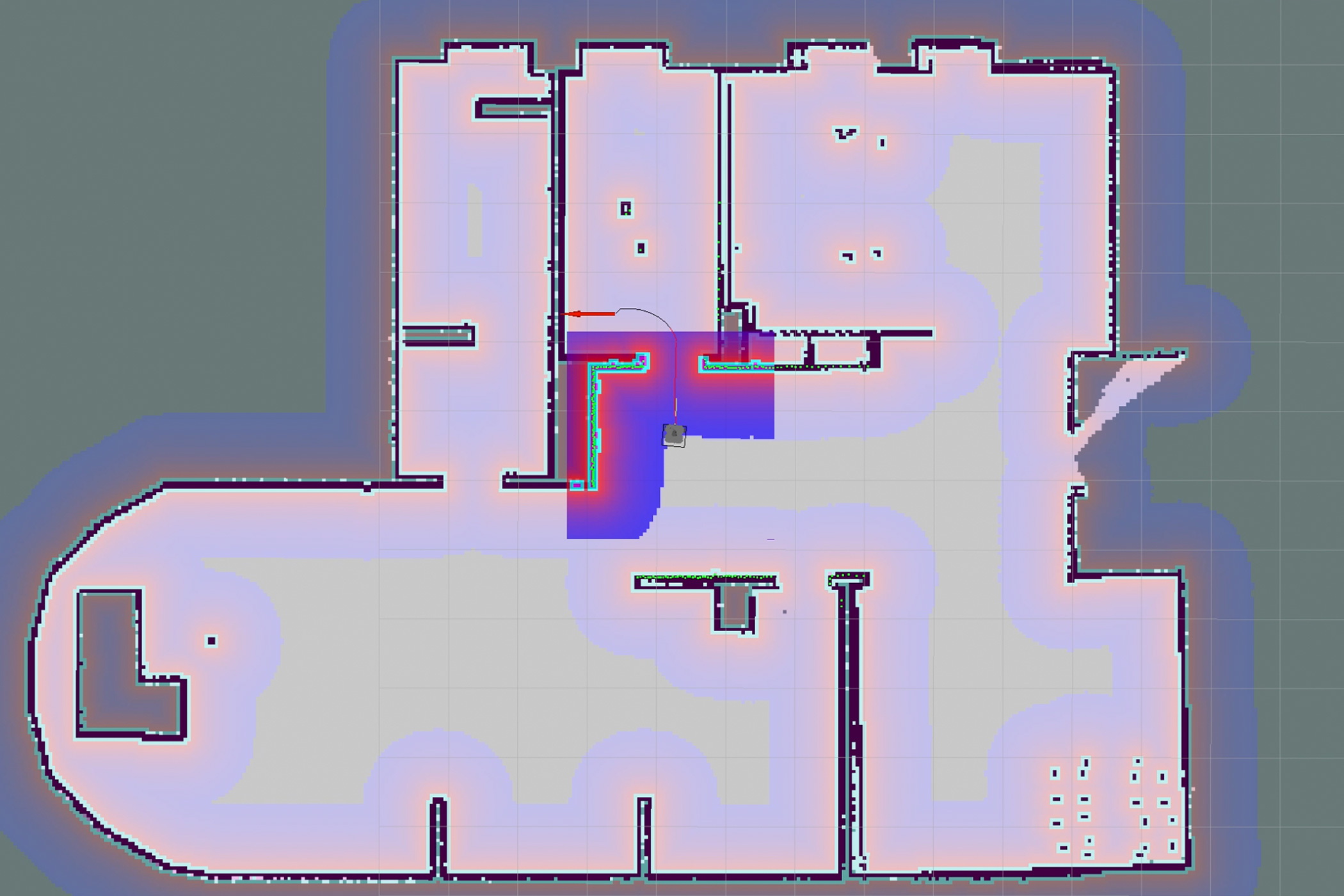 Generated Map of the Living Place (from LIDAR and SLAM). Arrow shows target position for the plant-robot. 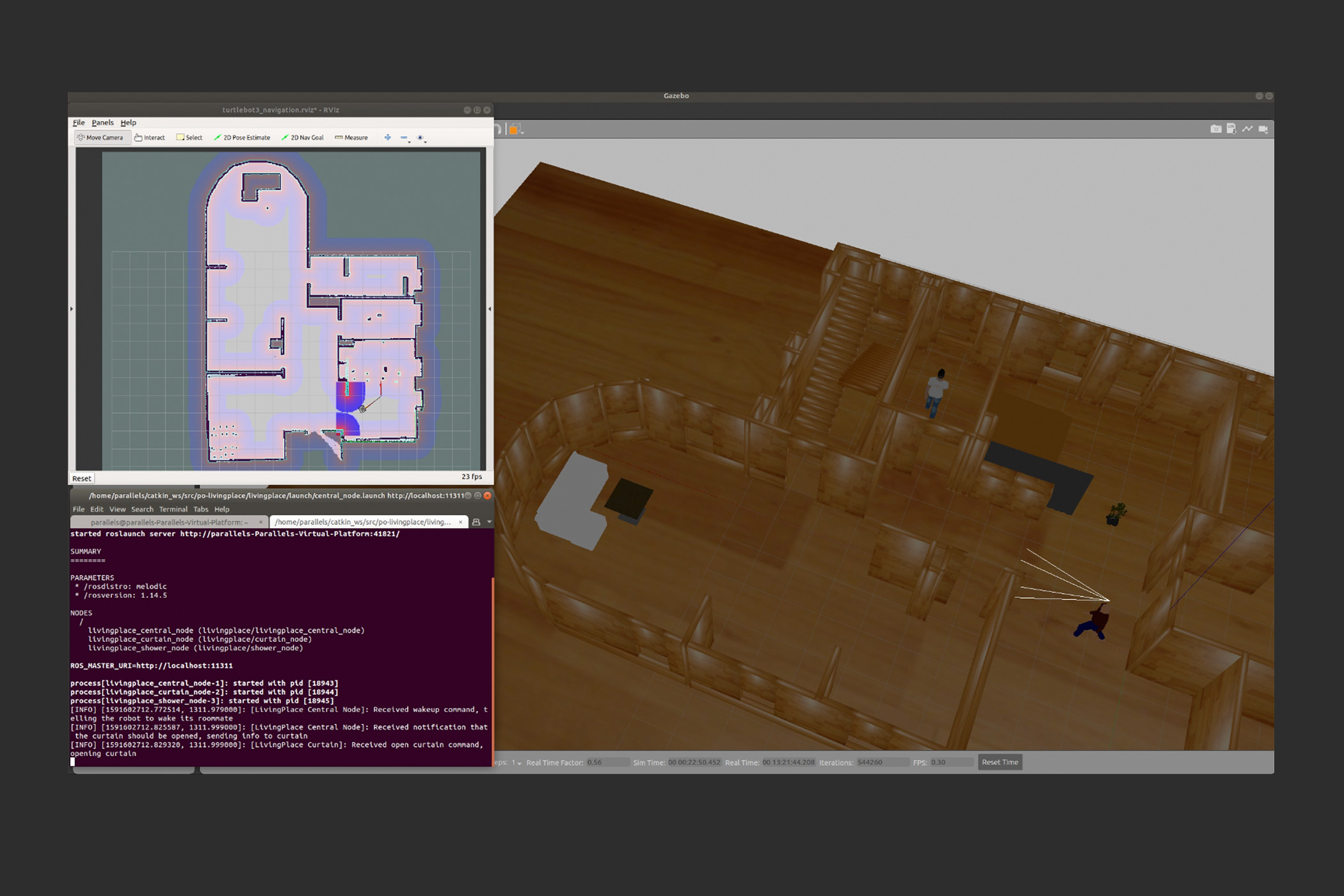 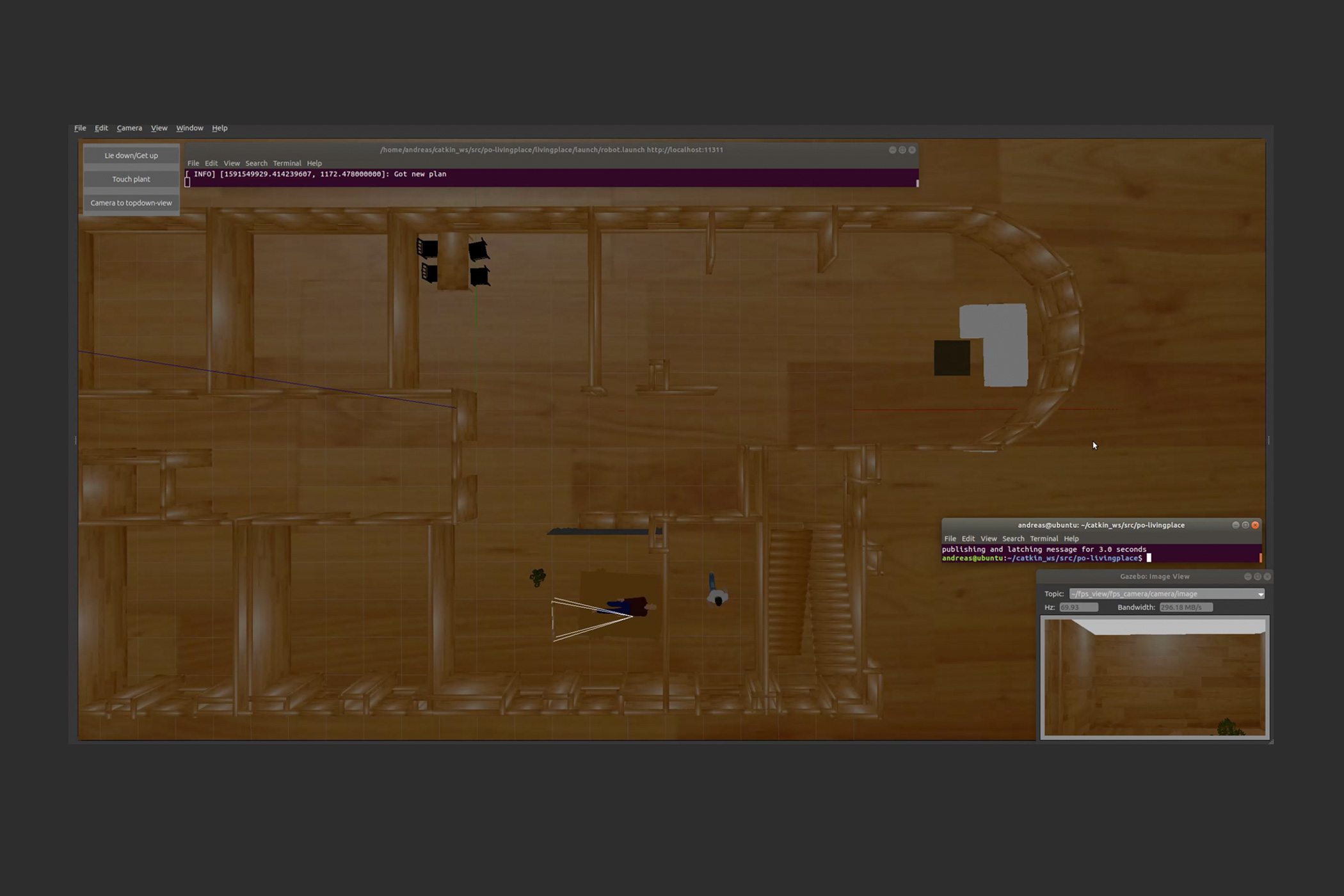 Development with ROS and simulation in Gazebo. 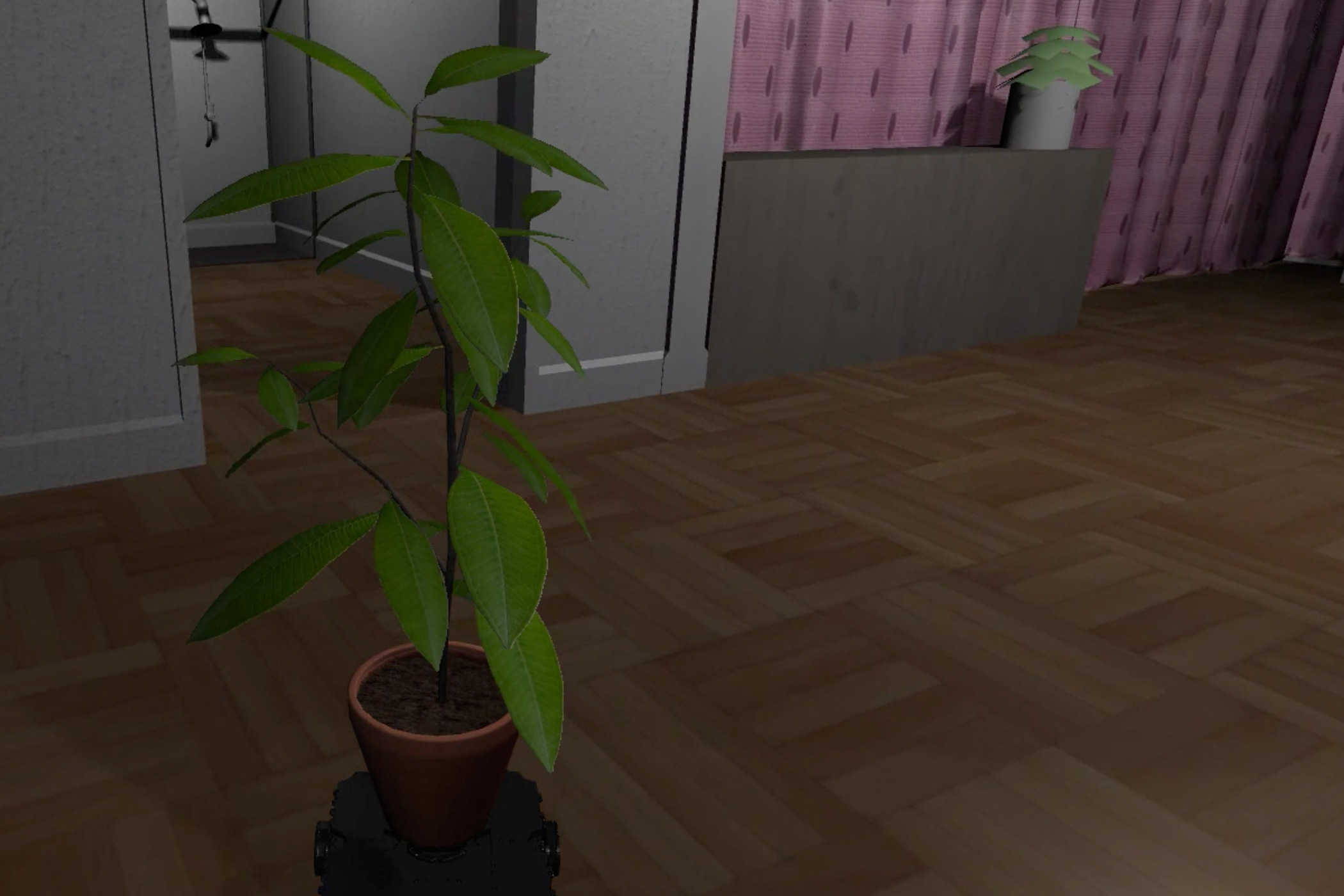 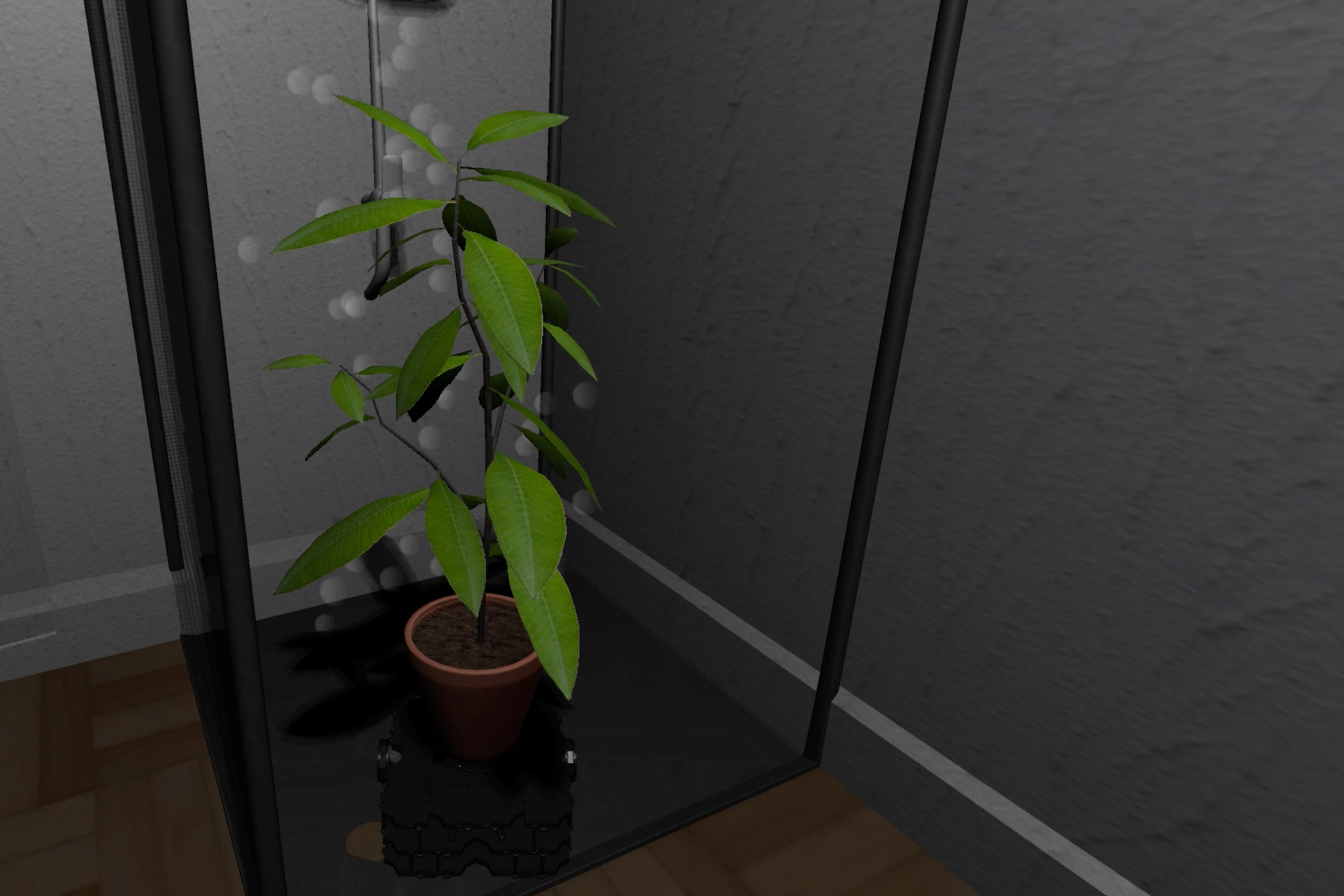 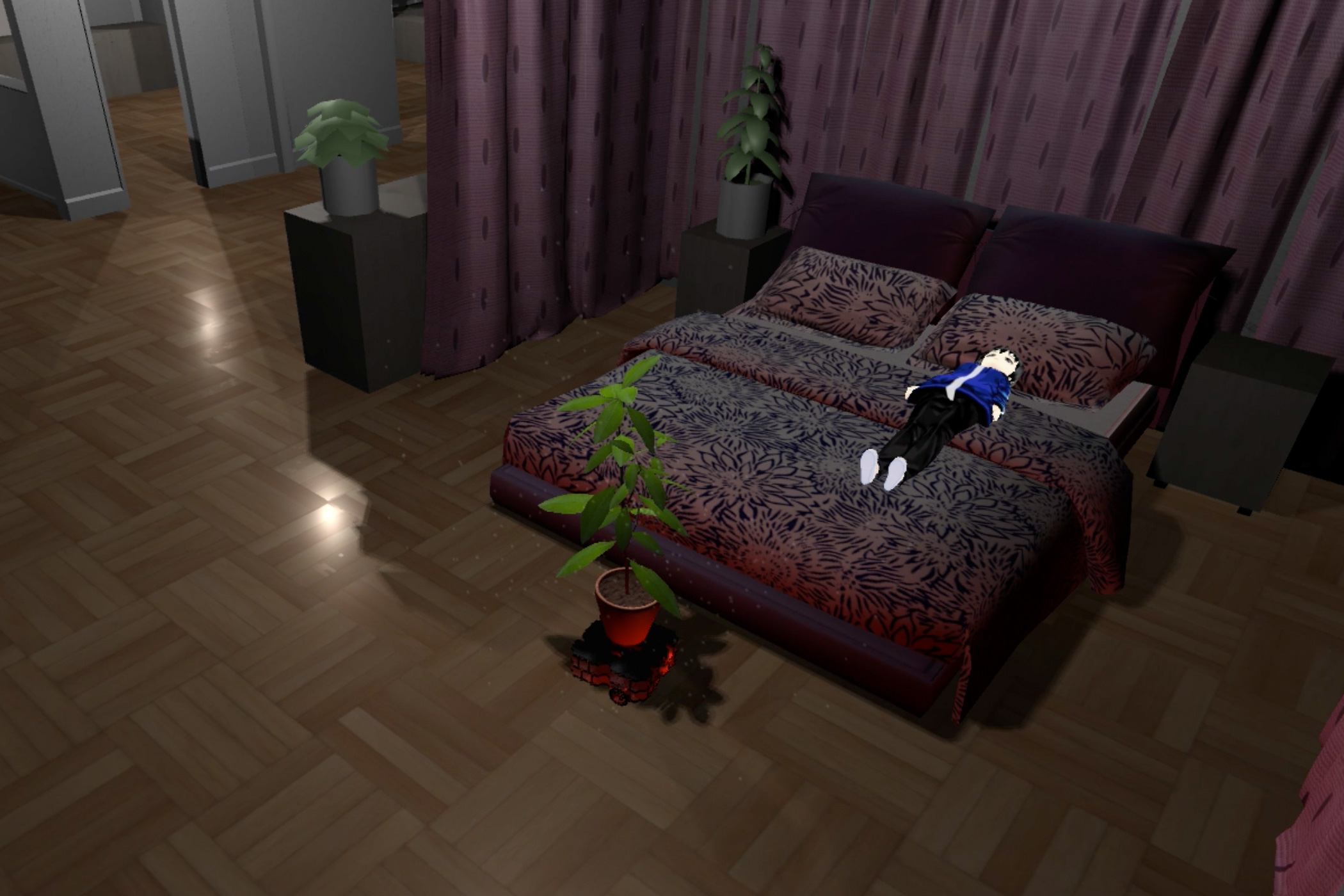 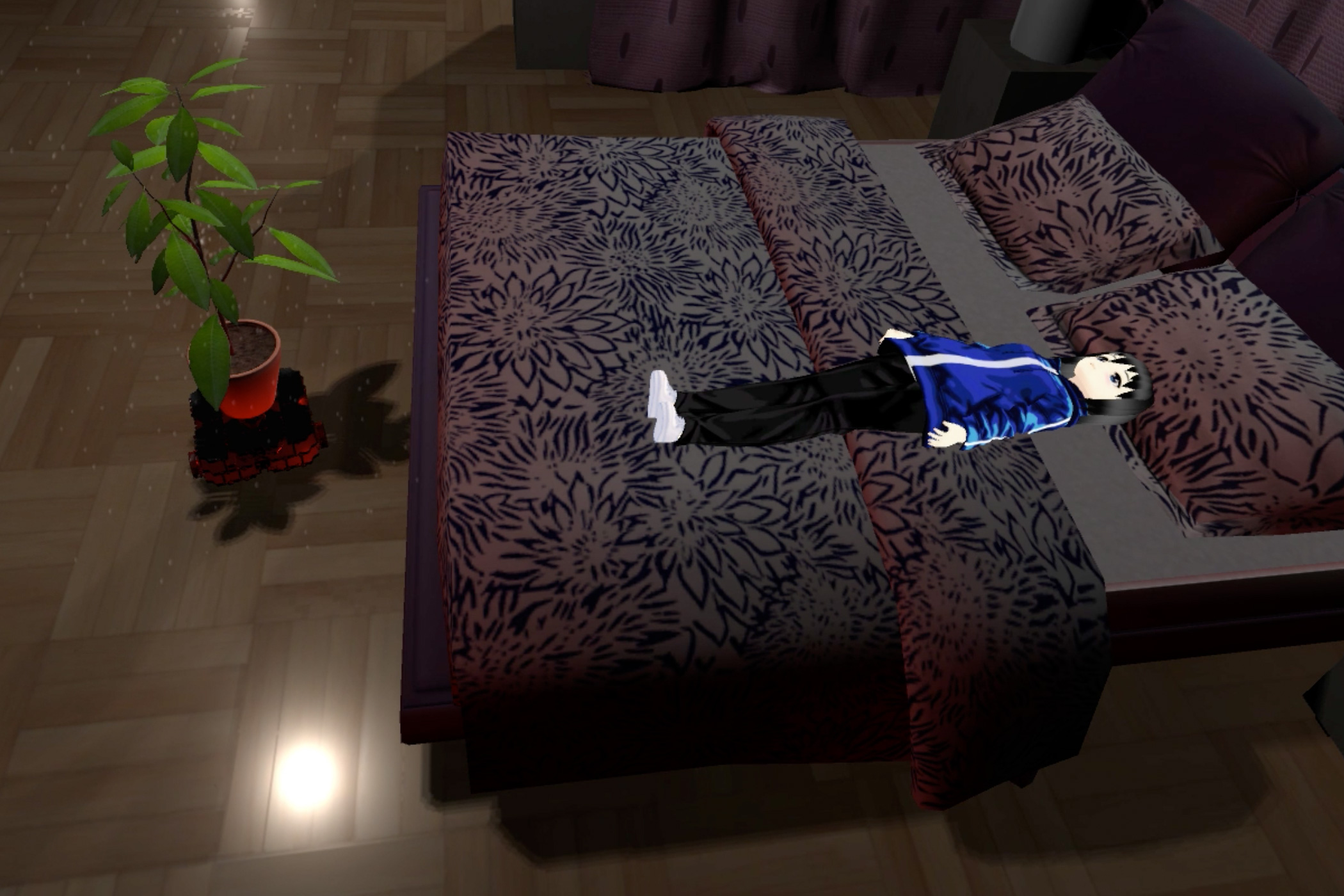 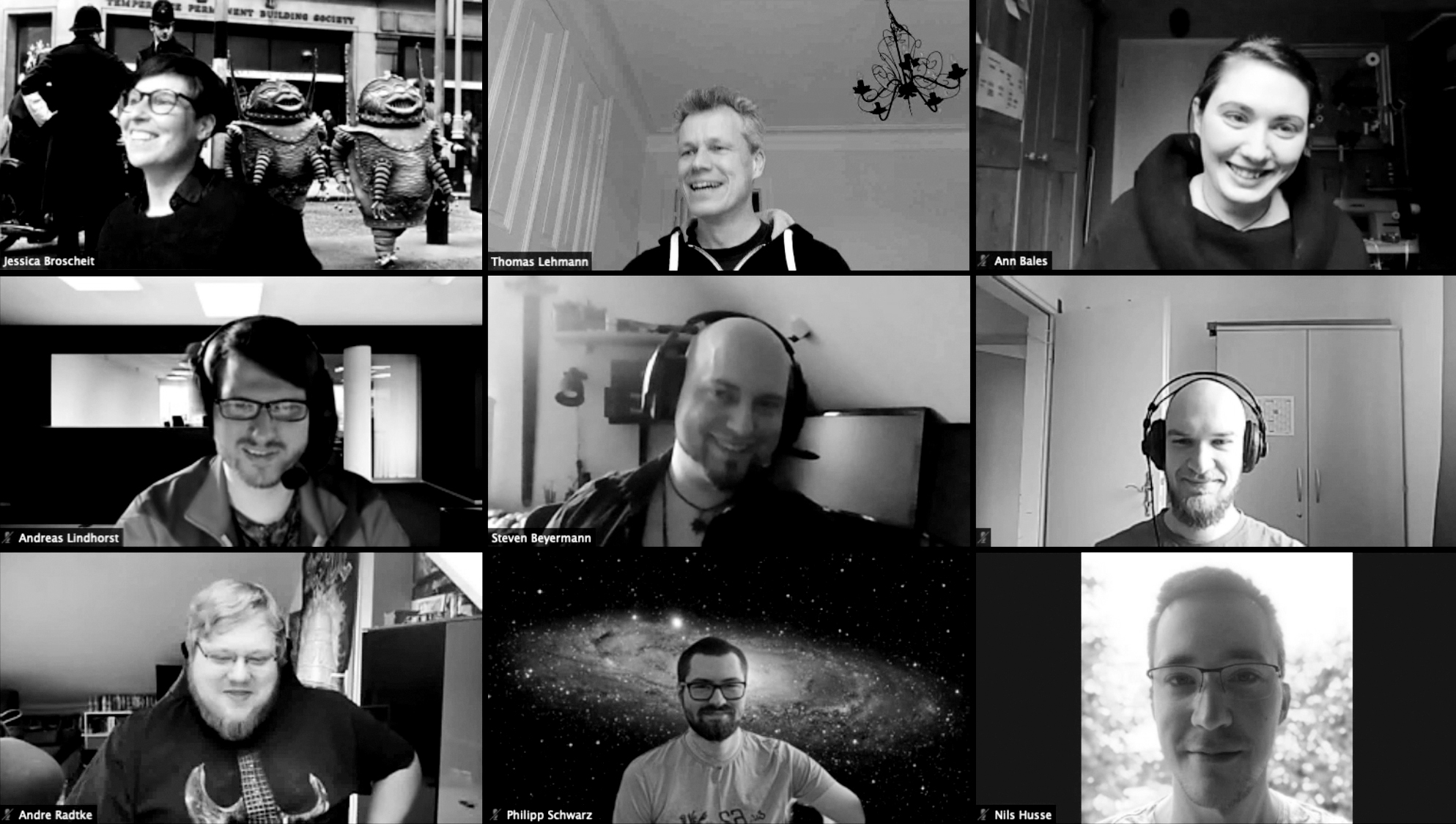